Yes, Paczki season has passed. My paternal Grandmother occasionally baked them, but we called them "Pončkai" (the pronunciation is similar to the Russian "Ponchiki"). I don't remember Tatjana associating Pončkai with Fat Tuesday, but I recall it was a big deal when she made them. We rarely ate fried foods, and Tatjana considered deep frying a messy and smelly process. She therefore would not fry food in the kitchen. When Tatjana made Pončkai, she instead took the dough and the oil to the basement, where she used a primitive deep fryer, set on an old kitchen table, to cook the Pončkai.

When I was a child, I didn't like Pončkai because Tatjana filled them with cherry preserves. I hated biting into the eggy, yeast dough and feeling the sensation of cherry skin rubbing against the roof of my mouth. I wanted American-style, pastry-filled donuts. 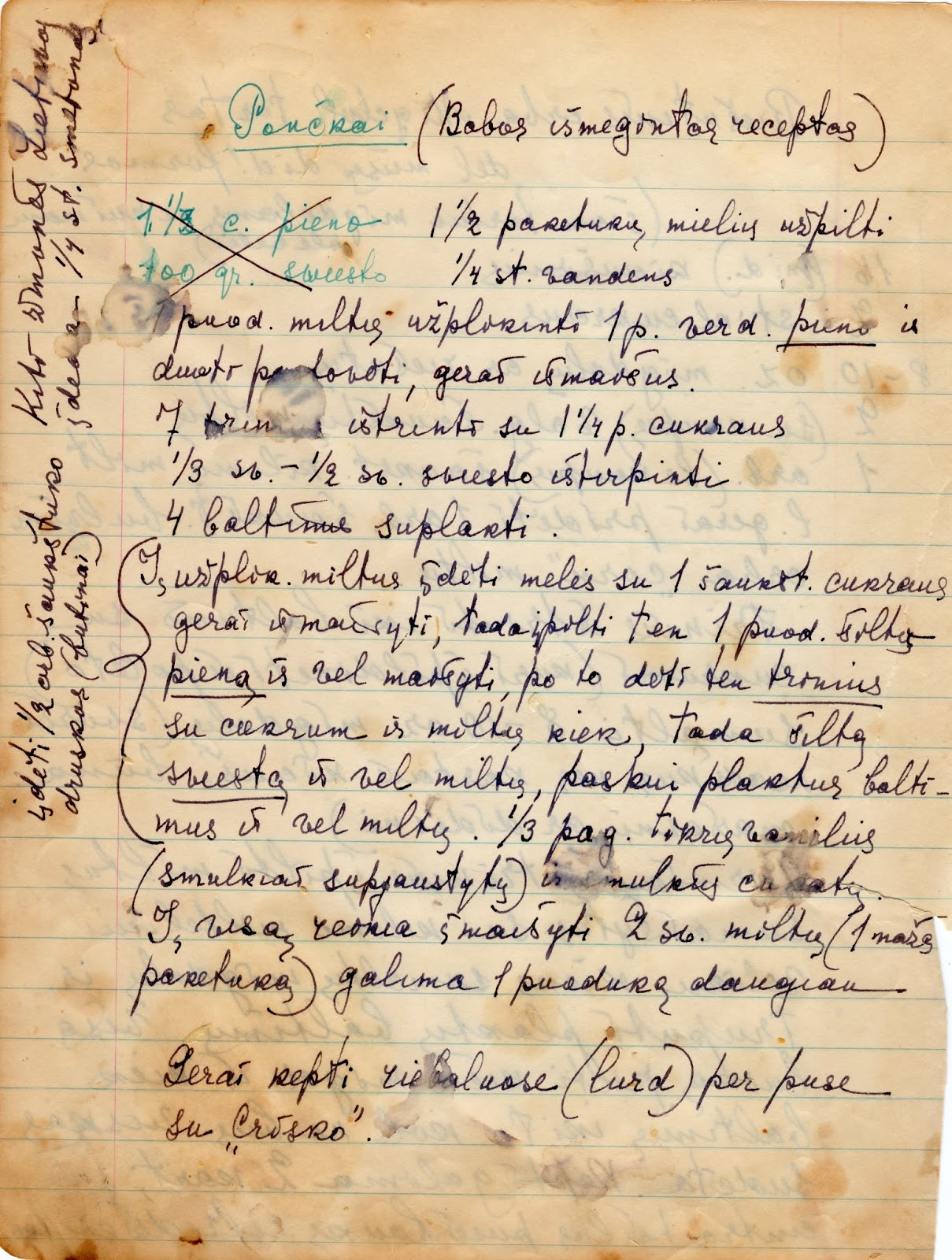 Here is how I wrote up the recipe:

Note in side margin: Some people in Lithuania add 1/4 cup sour cream.

Add the bloomed yeast to the heated milk mixture with 1 tablespoon sugar. Mix well; then add 1 cup warm milk and mix again, after that add the egg yolk/sugar mixture and [ ... ] some flour, then the warm butter and again flour, then the beaten egg whites, and again more flour.

Add 1/3 stick of real vanilla (finely chopped). In all, mix in about 2 pounds flour (1 small package), it's possible to add 1 cup more.

It's good to fry these in a mixture of half fat (lard) and half "Crisco."
Posted by Irene at 3:52 PM

They sound yummy. You didn't like them as a child - have your tastes evolved?

Yes, I like them now, but I prefer them with raspberry jam. I still don't like the texture of the cherry skins in cherry jam.

When I was little, I hated most of the Lithuanian baked good (these, Napoleonas, Baumkuchenas, Babka, nut torte, etc.) because I wanted American cake with sugary frosting (you know I still love frosting flowers). Now I want the Lithuanian delicacies.