This morning's post about the creep of Soviet imagery into the EU's celebratory poster prompted me to look again at "Pro Memoria," the primitive leaflet that chronicled the 1941 Soviet deportations. The firsthand narratives recount the numbers of Lithuanians shipped to the Gulag camps. The leaflet presents an inventory of "prisoners," cataloged according to the date of deportation, the Lithuanian town from which the deportees originated, the number of the railway car on which they traveled, and the location in the Soviet Union in which they served out their exile.

Pro Memoria's accounts parallel my family's memory of the Soviet occupation. Members of my Mom's and my Dad's families knew their names fell onto the second deportation list.

The Pro Memoria leaflet—a stapled packet that my Dad carried when my Parents emigrated to the United States—is in poor shape. Given its condition, I decided to post it here.

Be patient with the narrative's fractured English spelling and grammar. English was not the first language of the authors—for most, it was the fifth or sixth language: 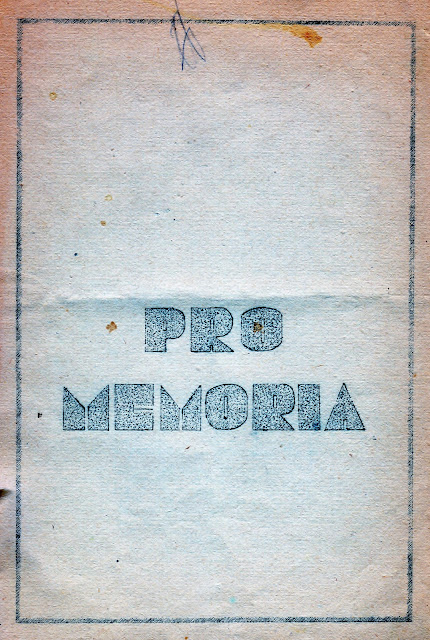 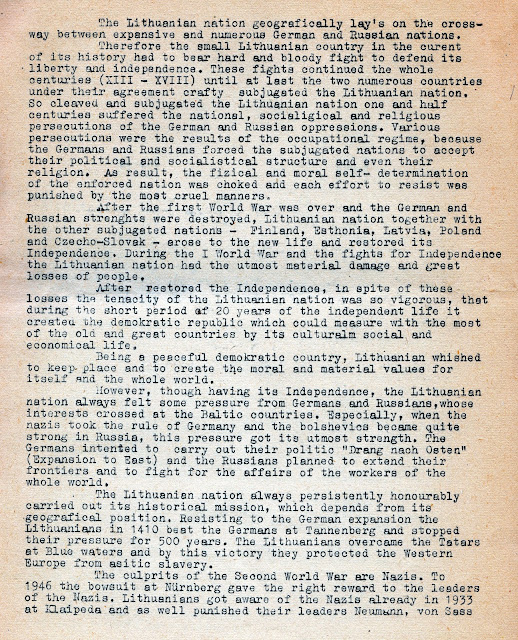 [The page numeration skips from 1 to 4.] 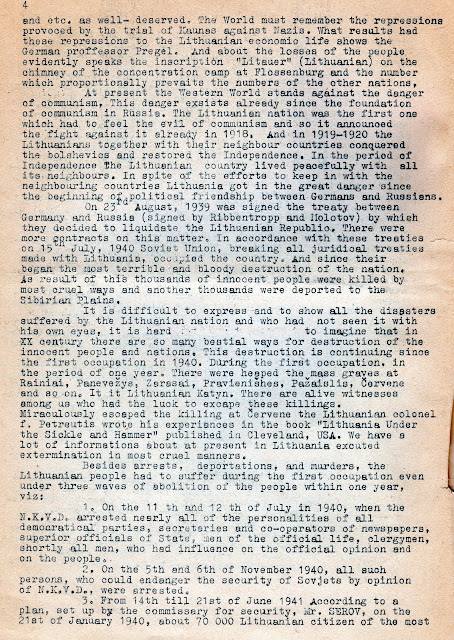 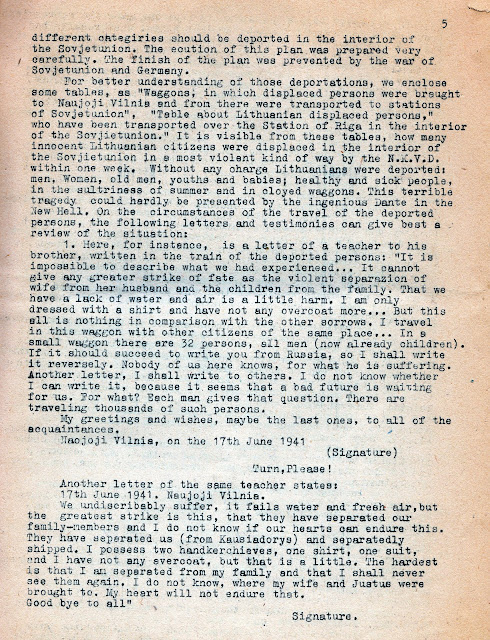 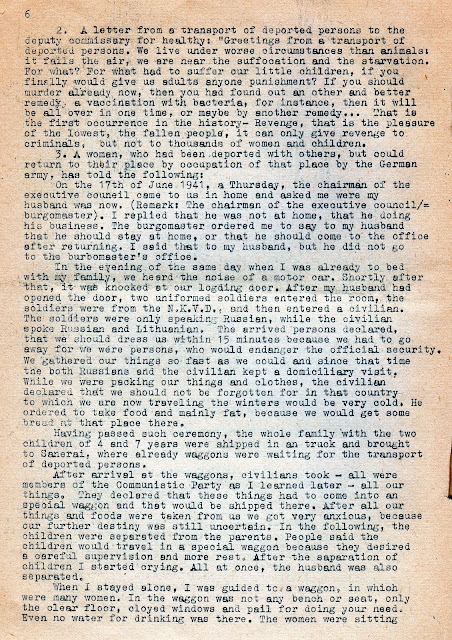 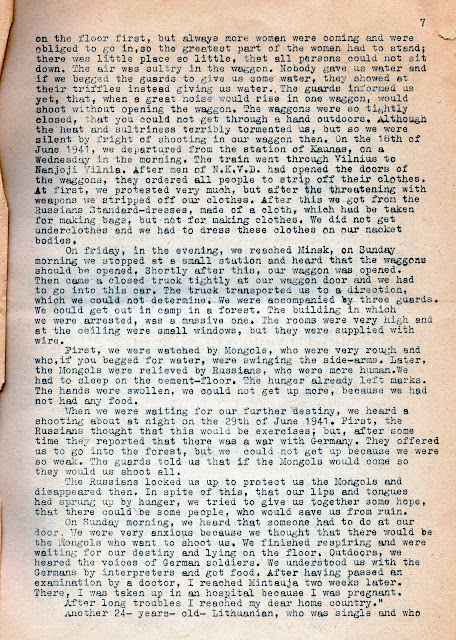 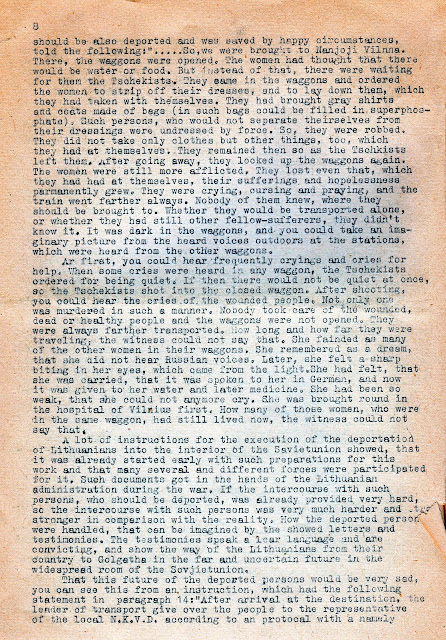 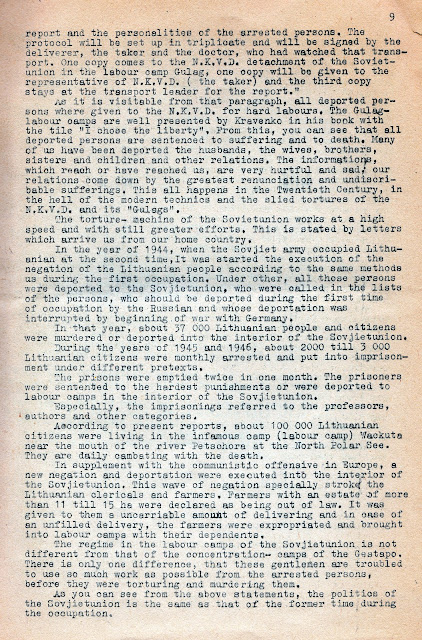 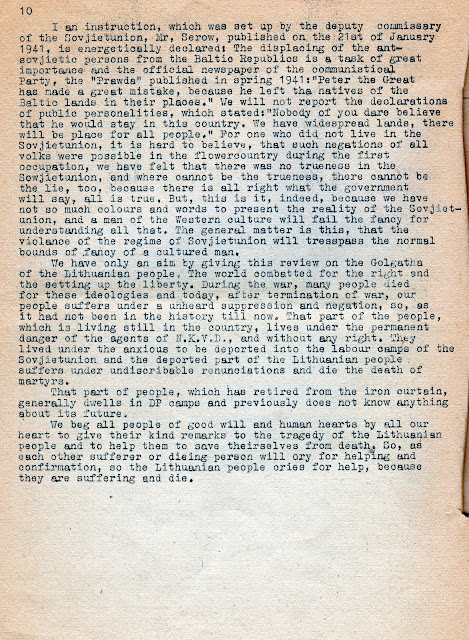 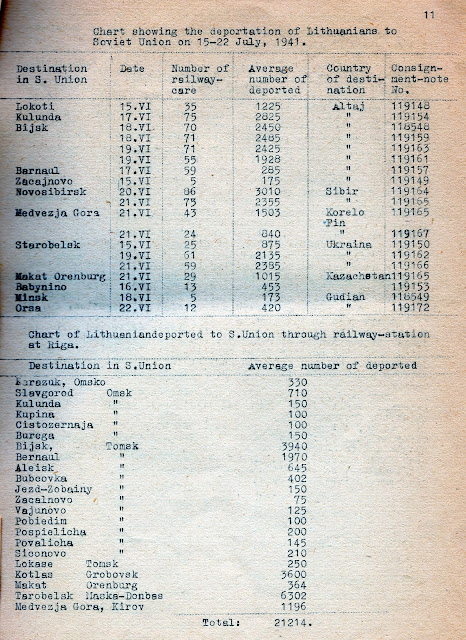 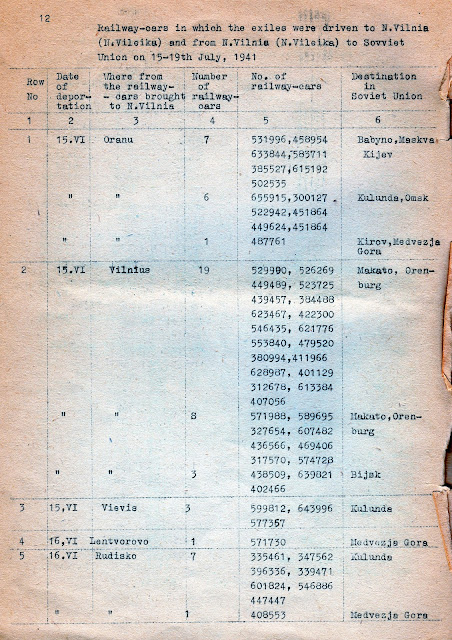 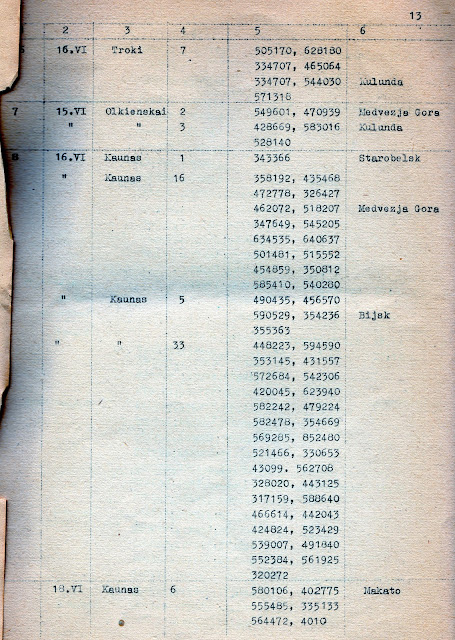 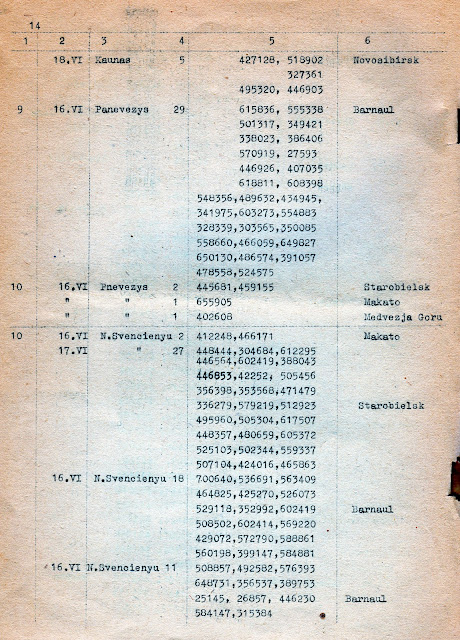 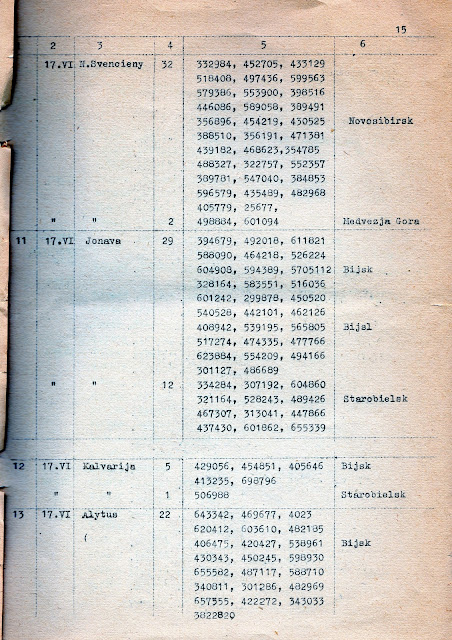 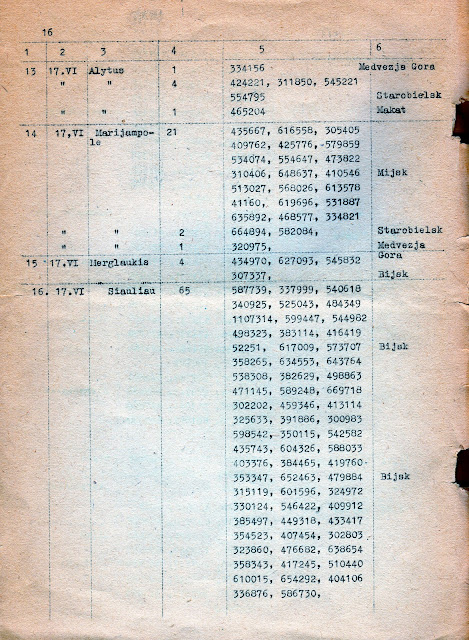 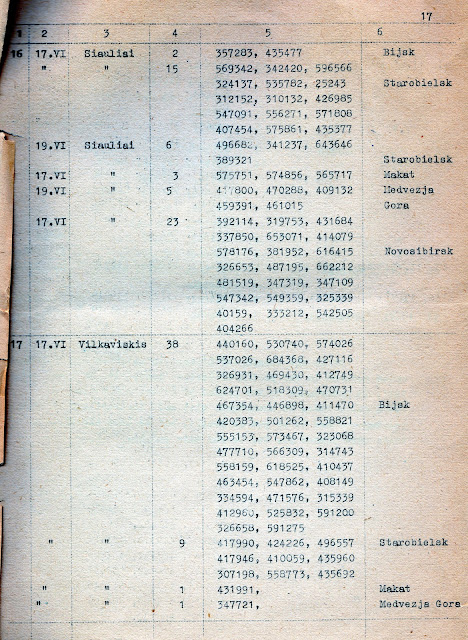 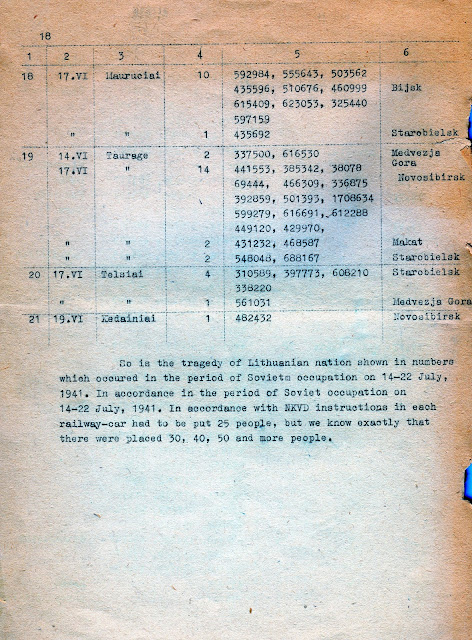