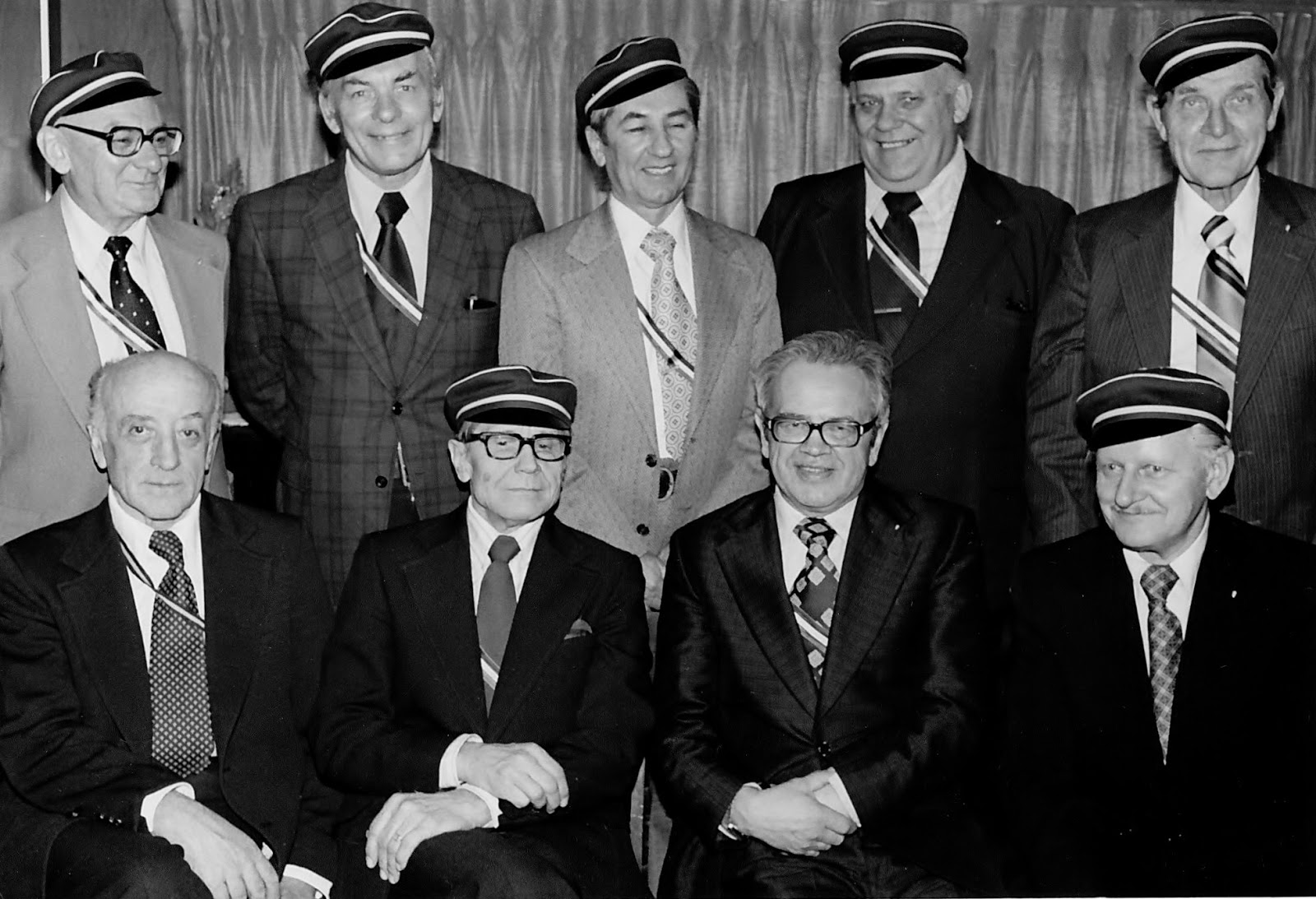 Chicago area, about 1980. My friend Kris sent this photo of her Dad, Vytenis (standing, second from left), and his engineering-school classmates. Kris writes:


The photo of all the men with sashes and funny hats is a reunion of my Dad's engineering fraternity from college. It was called Plienas. Dad attended Kaunas University. Some of the surviving members used to get together in the Chicago area occasionally. They had reproduction hats and sashes made for one of the early reunions. I remember my Dad saying that a clean cap was the sign of a new member, so the newbies used to take their hats outside and throw them in the dirt and stomp on them to make them look like they had been worn for a while. I think Mom still has the hat and sash tucked away in a drawer. I'll try to find it and photograph it. As I recall it has three intertwined letters embroidered in metal thread (Plienas means "Steel") on the top of it representing the motto.

Thanks to my friend Kris for making this photo available to us.
Posted by Irene at 2:04 PM