My Parents organized a celebration when my paternal Grandmother, Tatjana, reached her seventy-fifth birthday. It was a big deal. Tatjana's daughter, my paternal aunt Jonė, flew down from Toronto for the weekend: 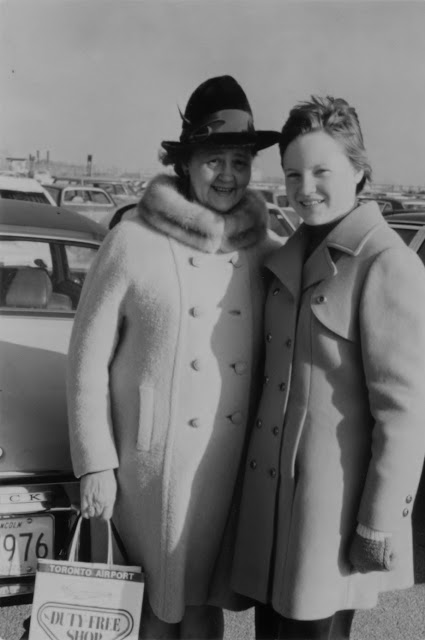 O'Hare International Airport, November 1972. I greet my Dad's twin sister, Jonė, upon her arrival from Canada, and we head toward our car to make the drive home. 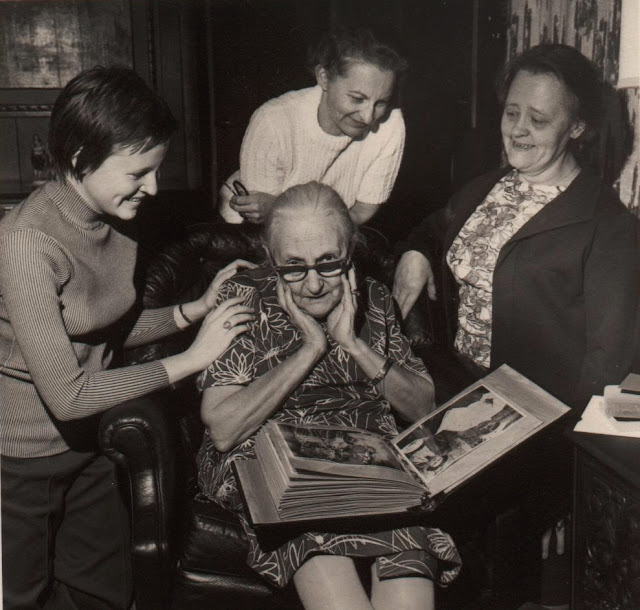 Suburban Chicago, November 1972. My paternal Grandmother, Tatjana, appears overwhelmed when she sees the photos my Dad collected for her birthday album. On her left is the photo of her parents, Nina and Pavel, and on her right is the portrait of Tatjana with her five siblings. I, my Mom, and Jonė stand behind Tatjana.


*     *     *     *     *
This was a touching celebration of Tatjana's life. It grew more meaningful in hindsight because soon after the party, we learned that Tatjana suffered from advanced ovarian cancer.
Posted by Irene at 8:03 PM